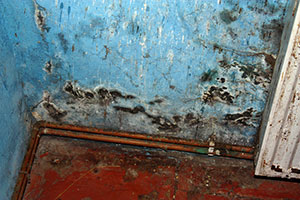 Very few laws and regulations have been specifically designed to address the sick building aspects of indoor air quality, as opposed to bans on smoking in public places. While federal legislative and regulatory initiatives have been proposed, there is little substantive law. In this vacuum, an increasing number of civil lawsuits have been filed by building occupants regarding adverse health effects of poor indoor air quality.

California state Senator Deborah Ortiz (D-Sacramento) has attempted to fill the gap by proposing the state’s first mold-related legislation, Senate Bill 732, the Toxic Mold Protection Act of 2001. At press time, SB 732 had moved through various committees and was on its way to the Assembly floor. If approved by the Assembly, it will go the Governor. If he does not veto SB 732, it could have a major impact on the IAQ industry and set a trend—as California often does—that other states will follow.

The bill would require California’s Department of Health Services (DHS) to convene a task force of mold experts, landlords, insurers, attorneys and others to address certain mold issues. The DHS would consider the feasibility of adopting permissible exposure limits (PEL’s) to molds in indoor environments in consultation with the task force. If it is determined to be feasible, DHS would be required to adopt PEL’s to mold for indoor environments that avoid adverse health effects. In the process of adopting the PEL’s, the DHS is to conduct studies, consider specific delineated criteria, and consult with the task force to arrive at both PEL’s to avoid adverse effects on health on the general public and alternative PEL’s to avoid adverse health effects for hospitals, child care facilities, and nursing homes. The PEL provision has generated a lot of criticism. The bill does not specify if one PEL is to be developed for every one of the thousands of species of fungi or if one blanket PEL is to be adopted. Many believe it is impossible to set PEL’s for mold with existing technology (and the $570,000 budget in the bill). PEL’s are designed for eight hour workplace exposures—not residential exposures. Furthermore, DHS does not set PEL’s; OSHA does.

The bill would also require the DHS, in consultation with the task force to develop and adopt standards for the identification and the remediation of “toxic” molds, but the bill does not define “toxic” or refer to any particular molds as requiring remediation. In addition, the bill makes no reference to other types of microbial contamination in water damaged buildings, e.g., bacteria.

The mold remediation standards to be developed by the DHS shall “not require a landlord, owner, seller, or transferor, to be specially trained or certified or utilize the services of a specially qualified professional to conduct the mold remediation.” This provision has generated considerable controversy. Remediation contractors, mold experts and others have attacked this portion as embracing incompetence and endangering public health. In fact, a special strategy team of 60+ prominent industrial hygienists, inspectors, realtors, attorneys, remediation contractors and others was formed specifically to attack this provision.

The California Legislative Council’s July 18, 2001 Digest of the bill claims that SB 732 would require residential, commercial, and industrial landlords to maintain units and buildings in a habitable condition sufficient for the occupation of human beings as required by law. There is no such provision in the bill. In fact, the terms “maintain,” “habitable,” “occupation” and “human” do not appear in the text of the July 18, 2001 amendment of the bill.

The bill states that a seller or transferor of commercial or industrial real property shall provide written disclosure to prospective buyers as soon as possible before the transfer of title when the seller or transferor knows of the presence of mold that affects the unit or building and the mold either exceeds the PEL’s or constitutes mold infestation. However, the landlord shall not be required to conduct air tests to determine whether the presence of molds exceeds the PEL’s (and “mold infestation” is not defined, as stated above). Without sampling, there will be no way to determine if the PEL has been exceeded.

Finally, the bill would require the DHS to develop public education materials and resources to inform the public about the health effects of molds, methods of prevention, methods of identification and remediation of mold growth and mold infestation, and contact information to organizations or governmental entities to assist public concerns.

We have inspection teams throughout the United States. Our immediate service area for our San Jose location focuses on central California, including the following cities:

We also have more locations in Los Angeles and San Diego to serve Southern California.